Alice In WonderlandAlice in Wonderland is a 1951 American animated musical fantasy-adventure film produced by Walt Disney Productions and based on the Alice books by Lewis Carroll. The 13th of Disney's animated features, the film premiered in New York City and London on July 26, 1951. The film features the voices of Kathryn Beaumont as Alice, Sterling Holloway as the Cheshire Cat, Verna Felton as the Queen of Hearts, and Ed Wynn as the Mad Hatter. 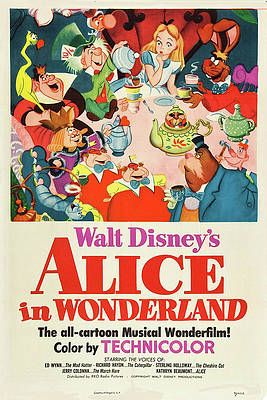 This Articles has read 6882 Times